Bob and Kathy Steighner are a "spirited" couple in every sense of the word. In their role as "anchors" to a lively family of young adult children, fun is an important component. Pictured here are Bob and Kathy with Kate, Rebecca, Jennifer, and Matthew. In their role as ministers to the Catholic community of faith, their enthusiasm and commitment are contagious.

Since arriving in Claremont in 1993, they feel their lives have been "led by the Spirit." First they joined the lector ministry together, and then became Eucharistic ministers. When their youngest children reached junior high, they were recruited into Faith Formation as teachers and this ministry evolved into role in Christian Initiation for adults (RCIA).  As their interest and involvement in working with people preparing to join the Church grew, they stepped out of a long-standing commitment to Retrouvaille, the Archdiocesan program where they had served as a leadership couple as a "lifeline" for troubled marriages . It was about this time (1999-2000) that Bob applied for entrance into diaconate formation.

Msgr. Tom Welbers had suggested to Bob that he thought the couple was "called to discern." Bob describes their experience with aspirancy in the diaconate program as "discernment on both sides." About this time, Bob lost his job in a small business, an event he feels was another nudge from the Spirit in the direction of ministry. He joined the staff at Inland Valley Council of Churches, now known as Hope Partners, and also became Faith Formation director at St. Lorenzo Parish in Walnut.

Four years in the formation program for the diaconate pointed the couple into social justice ministry, and they served five years at Camp Paige, a local detention facility for youth. Bob was a "classmate" of John Tullius, an OLA parishioner also in diaconate formation with his wife, Joyce. Together they initiated and co-facilitated the Just Faith program at OLA. Joyce participated in JustFaith training, while Kathy diverged into training as a master catechist.

Bob was ordained a deacon with Kathy at his side on June 10, 2006. Kathy replaced Bob as Faith Formation director at St. Lorenzo before coming to OLA in 2011 as Coordinator of Christian Initiation. She is now retired as Coordinator of Christian Initiation, and  Bob is retired from his  position as the Liturgy Coordinator at OLA  (2007-2018),  but continues to serve as a deacon at OLA. Recently, they have assumed responsibility for the Marriage Preparation Ministry at OLA. 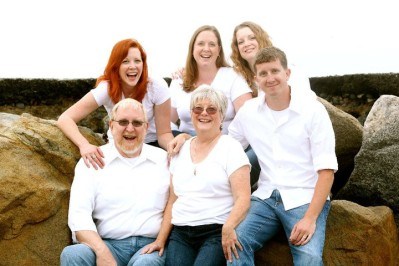