Sr. M. Seraphine Moynier, former principal of both OLA School and Pomona Catholic High, said her good-by to the local Catholic community June 18, 2022, before moving to the retirement home for Felician Sisters in Chicago, IL. She is immortalized at OLA as the Skateboard Nun who made the front page of The Claremont Courier, coasting down the parking lot shortly after she arrived in 1965. She taught two classes in the auditorium when the school was bursting at the seams with 600 students, just before the new Berkeley Building opened. She took some time off to finish her studies at Loyola (Marymount) University where she received a call from Sr. Feliz Gil-Jimenez just a month after arriving. “You better come for the parish picnic OLA is having… I’ll come get you,” exclaimed Sr. Feliz. “There’s a rumor going around that you left the convent.” The two were so inseparable that Fr. Bill Barry used to say, “Here come the sheriff and the police” in a humorous play on their names. Sr. Seraphine became OLA’s principal in 1977 and was succeeded in the job by Sr. Feliz in 1983.

She stands proudly with Msgr. William Barry in the iconic photograph on the stairs of the convent with eight other Sisters. Sr. Seraphine celebrated her silver jubilee as a Felician Sister on June 6, 1982. Fr. Peter O’Reilly presided at the Mass and Brian Carlson provided the music for the liturgy. In the OLA Halo newsletter one reads…

For Sr. Seraphine, June 6 was a golden day trimmed in blue and white… Brilliant sunshine and a gentle breeze greeted those guests who came to pay tribute to Sister on her Silver Jubilee… there was a solemn moment as Sister renewed her vows… Sister Seraphine has given those who know her the gentle gifts of love and laughter, something which she attributes to her wonderful, supportive family…She has shown us an excellent example of the Franciscan ideals she holds close to her heart. Congratulations, Sister, we love you!”

She was also beloved among the many Felician-run schools in the Southwest as congregational provincial of the Felician Order in Rio Rancho, New Mexico, for 18 years. On the occasion of the 50th anniversary of OLA School (2005) she wrote: “I have always been impressed with the vitality of Our Lady of the Assumption School parents, staff, and faculty, as well as the parish family with the many activities and organizations that parishioners can get involved in. Much credit goes to Msgr. Barry whose outstanding leadership not only laid the foundation for a solid, Catholic, faith-filled community, but also built lasting relationships that are carrying the Mission of the Church forward – spreading the Good News of Jesus.”

Sr. Seraphine credited her sunny outlook, solid Catholic faith, and commitment to service to her parents and life on the family’s farm which she deemed “delightful.”  Elizabeth Rose Moynier was born December 16, 1939, the third daughter of Andre and Juliette Moynier. She was baptized in January 1940 and nicknamed “Willow” by the priest at St. Joseph Church in La Puente.

She was raised on 80 acres in Walnut with cows, sheep, chickens and pigeons. She loved the lambs in spring, and feeding any who were rejected by the mother as a twin. Her duties from the age of 6 were to gather eggs (she was paid 60 cents a dozen) and to milk the cows. As teenager, she was so expert that she won the milking contest at the Los Angeles County Fair of 1956 and was declared Dairy Maid of the year. The newspaper read:

Elizabeth Moynier 16-year-old Walnut milkmaid, was judged winner of the Los Angeles County Fair’s Miss Dairy Maid of Southern California competition today, topping 23 others in a milking contest. The petite, green-eyed daughter of Mr. and Mrs. Andre Moynier milked 4.5 pounds in a minute as 1,200 spectators looked on. The farm girl is a student at Pomona Catholic High School and owns two cows on her father’s ranch.

The Catholic faith and its spirituality came from her parents, her father’s cousin who was an Oblate of Mary, and the Felician Sisters who taught her in all grades. She was accepted as a candidate for the Felician Order right out of Pomona Catholic High School, after a graduation trip to France, on Sept. 13, 1957, with five others. Although homesick being away for the first time in her life, she was comforted by the rural setting and the mooing of cows in Ponca City, OK. She loved Sr. Genevieve, the novice mistress, who took the youngest sisters for a ride out to a small farm in the Order’s truck, with their “white veils flying” one day. They returned to a reprimand for failing to ask permission to go! Sister also recalls some mischief when she and Sr. Patricia (a former PC classmate) knocked over a fountain in the yard and broke it. Sr. Fabia called them “silly gooses.” But, of course, they were very young.

Early assignments were at Tulsa, OK, Birmingham, AL, and Leavenworth, KS, where Sr. Seraphine also attended St. Mary’s College for two years. Arriving by train at OLA in 1965, Sr. Seraphine finished her bachelor’s degree in B. A. in French at (Loyola) Marymount University in Los Angeles (as mentioned above), and later attained a master’s degree at the University of San Francisco. She taught Math and French, and acquired the distinction of being a former student, teacher and principal at Pomona Catholic high School. Her many students recall her unique ability to write simultaneously on the chalkboard with both hands, as a demonstration of the power of determination to achieve anything in life.

The culmination of her educational career came as congregational provincial for the Felician Order in Rio Rancho, New Mexico, for 18 years. She was beloved as an inspiration to the principals, teachers and students at Felician schools across the Southwest. Sr. Seraphine came full-cycle back to Pomona and the convent at St. Joseph Church in Pomona to join other Felician Sisters in serving the community-at-large, including parents, children and the homeless.

Her new address is with the Felician Sisters at 3800 West Peterson Ave., Chicago, IL, 60659, where she will welcome visitors to their beautiful Motherhouse or happily receive mail from friends. 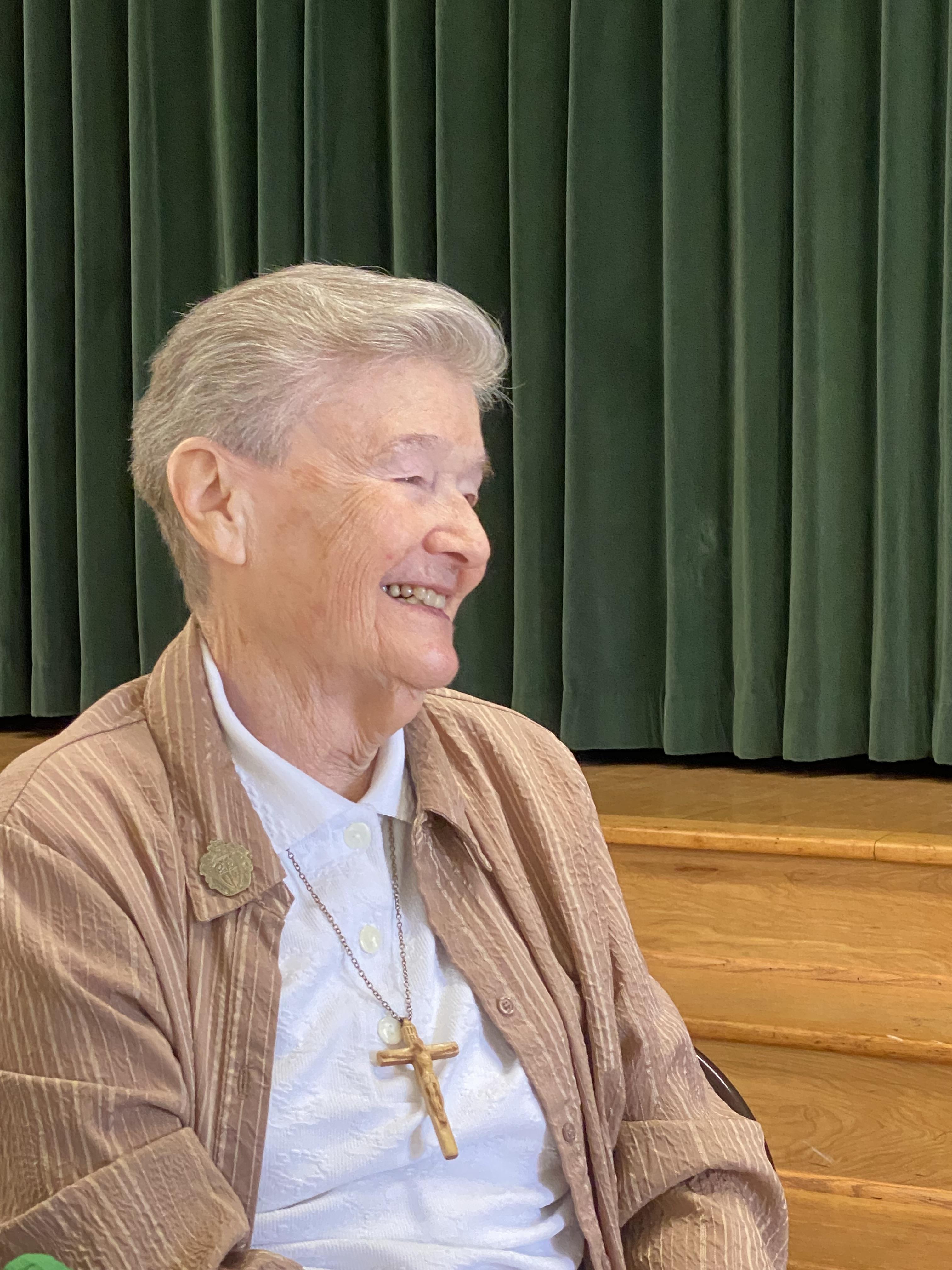