OLA celebrated the addition of a new deacon to our community as Jim Allgaier was ordained at Our Lady of the Angels Cathedral in Los Angeles, and his wife, Karen, was recognized as his essential helpmate on June 11, 2016.  Five years of formal training for the couple only augment a lifetime of service for Jim and Karen. He says that ordination is a natural progression of faith and service for him, a call from the Lord that has been confirmed by the OLA community.

“All baptized faithful are called to serve, but ordination as a deacon enables us to reach out to more people,” he says. Jim was an early co-chair of the OLA Pastoral Council under Msgr. Tom Welbers and credits Janette Gould for her encouragement of his leadership in the mid-1990’s. The couple was educated in Catholic Social Teaching at OLA, serving in Pastoral Ministry to the Sick, Bereavement Ministry, and Inland Valley Hope Partners. They have been sponsors in the Christian Initiation program and Confirmation teachers. They have also been committed to visiting the elderly in the parish and serving youth at the detention center at Camp Paige. Their most recent commitment has been supporting the cause of respect for life through OneLifeLA.

Jim has become a familiar figure on the altar, reading Scripture and getting a little practice in assisting the presider in the formal roles of Reader and Acolyte. The preparation program for deacon candidates is an intense combination of spiritual direction, education, and practice in the rites of the Church for Baptism, Matrimony and Funeral services.

The couple, between them, has six children and thirteen grandchildren, and they offer child care for them on a regular basis. Their teachers remind them that their priority is “family first” so that they can remain strong in their marriage before reaching out to serve others. Jim is following his brothers, one a priest and one a deacon, into ordination now that he is retired from the transportation industry. Karen has been in nursing for over 25 years, and is now a nurse practitioner in a small practice in Upland.

Together they look forward to serving the OLA faith community with greater fervor in their new role. Jim is now assigned as OLA Coordinator of Outreach, Stewardship and Leadership. 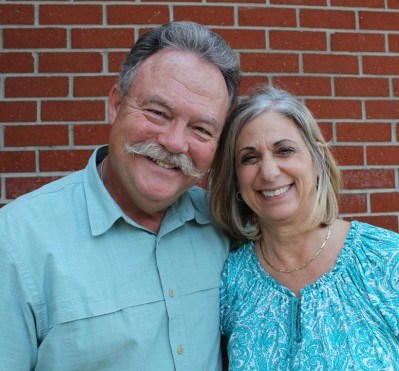